Posted on 5th Feb 2022 by Ant8dote, Incorporated. Leave a comment 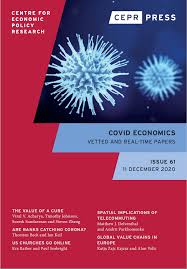 China Media Group has launched CCTV-8K, an 8K ultra-high-definition TV channel, to broadcast the upcoming 2022 Beijing Winter Olympics, state-owned news agency Xinhua reports. To deliver the channel, CMG had to accelerate development of its nascent 8K production, broadcasting and transmission operations, said the Asian Broadcasting Union. CMG has started to install giant 8K screens in public places across the country, starting with four railway stations in Beijing and Olympic venue Zhangjiakou. Other media novelties this year include Kuaishou, a short video and live-streaming platform, being set as an official broadcast partner. Kuaishou claims more than a billion downloads of its app and to be catching fierce rival Bytedance (which owns both TikTok and its Chinese equivalent Douyin.) Along with streaming platform Tencent Video, Kuaishou sub-licensed the China rights to last year’s Tokyo summer games and the 2022 Beijing Olympics from China Central Television. The games are set to go ahead in an ultra-strict anti-COVID bubble. Athletes, officials and media are conditionally allowed to enter, but a decision was recently taken not to allow any members of the public as spectators. Acclaimed movie director Zhang Yimou is designated as director of the opening ceremony, set for Feb. 4. Zhang who previously directed the opening and closing ceremonies of the 2008 Beijing summer Olympics, said that the upcoming show will lean more on technology than manpower to impress. He said it will have around 3,000 performers, only a fifth of the number he deployed in 2008. The performance will run to less than 100 minutes, due to COVID fears and the bitterly cold weather. “The scale and duration [of the ceremonies] have been cut, and there is no longer a large-scale theatrical performance segment,” said Zhang. “We’ve significantly reduced the number of performers, and [instead] use technology to make [the stage] less crowded, but not empty. Technology and new concepts will make it feel full, ethereal and romantic.” Another big name director Lu Chuan (“Kekexili: Mountain Patrol,” Disney Nature’s “Born in China”) has been selected to direct the official film of the Beijing 2022 Olympic Winter Games, the Beijing Organizing Committee for the 2022 Olympic and Paralympic Winter Games (BOCOG) announced on Tuesday.